Born in the East End of London in 1935, Alan began his career working in London commercial art studios. His first employment was with Norfolk Studios, Bride Lane in The City of London where he became an assistant to Frank Bellamy, a comic illustrator, best known for his work on The Eagle Comic. Alan received some formal training at The London School of Printing and Graphic Arts and attended life drawing at The Central and East Ham Polytechnic.

Alan later moved to Grafton Arts, on Fleet Street. It was here that he became inspired by designers such as Abram Games, FHK Henrion and Misha Black. A final stint at Grove Studios followed before he entered the world of advertising with S. H . Benson in 1959.

Alan specialised in type design. In 1962 he began his long successful freelance career partnering work for household names such as the BBC, Hewlett Packard, Heinz, Volkswagen and many others. In 2012 Alan began to dedicate more time to Fine Art. A personal passion from a young age. In 2013 his painting ‘The Grove’ was accepted by The Royal Academy of Arts Summer Exhibition. 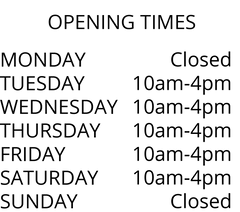